Japanese rock star Shinji Harada will perform at the upcoming United Nations High Level Forum on The Culture of Peace to be held Friday, 6 September 2013 from 9.:30 -6.00pm in the Trusteeship Council Chamber at UN Headquarters, New York. Harada’s music about Global Harmony is recognized to be synchronistic with the theme of the Forum.

The Forum is being convened by the President of the 67th General Assembly, H.E. Mr. Vuk Jeremić in collaboration with “Global Movement on the Culture of Peace” ( www.gmcop.org).  At the opening ceremony, the President and Deputy Secretary-General will speak.  Also, there will be three panel discussions: “The role of interfaith cooperation in promoting a global Culture of Peace”, “The Culture of Peace as the agenda for a new global civilization: Where are we now?” and “Strategies for advancing implementation of the UN Programme of Action on Culture of Peace: What we need.”

Harada will perform his original music, including his popular song, “Yamato, the Global Harmony.” Harada has performed several times at the United Nations, including at the UN Department of Public Information/NGO conference on Disarmament in Mexico City, at a special concert with the Stand Up for Peace Project founded by UN NGO representative Dr. Judy Kuriansky and international musician Russell Daisey.

The day-long General Assembly High Level Forum will be attended by UN member states, UN system entities, members of civil society including NGO’s, media, and the private sector, and others interested in discussing the ways and means to promote the Culture of Peace.   Special focus will be on the implementation of the UN Programme of Action on Culture of Peace adopted by the UN General Assembly in l999. 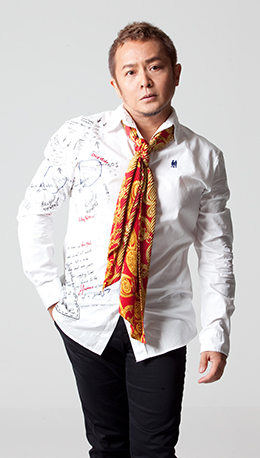